Hating the Cold a Little Less with the Buff® DryFlx+ Collection

"Disclaimer: I received a Buff USA DryFlx®+ Hat and Neckwarmer to use and review as part of being a BibRave Pro. Learn more about becoming a BibRave Pro (ambassador), and check out BibRave.com to review find and write race reviews!"

I'd like to think that I am a pretty open book. And for sure one of the pages would read in big tall bold letters - LISSA HATES BEING COLD!! Like really hates it. But, runners gotta run, so I begrudgingly drag my butt outside to put in the miles no matter the weather (cause let's be honest, another one of those pages would say LISSA HATES TREADMILLS!!)
I've written many a blog about how I hate the cold. Seriously, at least 2 or 3 each winter. And I am always on the lookout for something, anything that will make the freezing and below temps a bit more bearable. So I was super excited to have the opportunity to try out Buff USA's newest winter line, the Buff® DryFlx+ Collection.
Here's the technical low down from the Buff USA website: 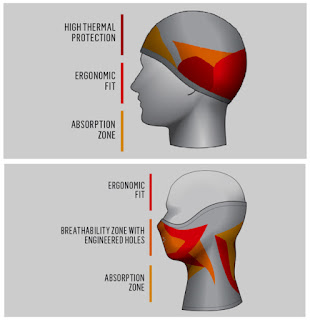 Featuring technical smart zones that increase breathability and targeted warmth, while enhancing active fit and moisture management – so you can focus on what matters.

Sounds pretty great, right? But how does it perform?
I received the Hat and Neckwarmer, both in Deep Blue. When I first received them, I was a bit worried that I wouldn't be able to give them a proper testing. See, I live in SC and our Decembers tend to be pretty mild with the coldest temps in late January through February. Well 2020 for once did not disappoint (or did it, cause again, cold is awful) by delivering an excessively cold December. It was well below freezing way more than usual. One week it was below freezing almost every single morning when I got up! Perfect (well for testing at least).
For my first run in my new Buff DryFlx®+ gear, I broke the cardinal rule of running - Thou Shall Wear Nothing New On Race Day. But, I have worn several Buff items in the past, so I felt pretty secure in my decision. (Links for posts to other reviews of Buff gear can be found at the bottom of the page). 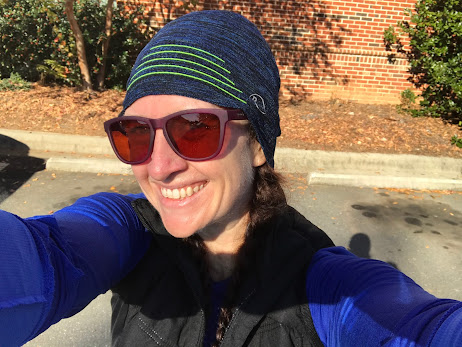 So the morning I had planned to run the Virtual Charlotte Half Marathon it was pretty darn cold. I wasn't sure I would need both, but I for sure wanted to wear the hat. And it was an awesome decision. My first thought was that it was crazy thin, so I was a bit suspect about it keeping me warm. No problem, my head was nice and toasty warm. My second thought was I was worried about over heating when the sun came out full as I started my 13.1 miles before the sun came up, but would be finishing in daylight. No worries there either! Somehow, the fabric never made me feel too hot, despite the temperature increasing a good 10+ degrees during my run and finishing in full sun. I was wearing a vest where I had plenty of pockets for stashing stuff, but never felt the need to remove it.
The next week the temperatures were down right brutal. Most mornings I go to Burn Boot Camp at 5:30 am and on strength days, I will typically run at least a mile right after camp. This usually has me starting my run at the absolute coldest part of the day. And this day, it was 27°F!!! That is just downright disrespectfully cold for the first week of December in SC. So I added my Neckwarmer in as well. And you know what? I felt pretty good. I particularly like the way that the Neckwarmer is high enough to overlap the back of the hat so there is no gap to keep your neck and back of your head completely covered. The Neckwarmer is also designed so that it has an articulated mask design to cover your mouth and nose. I was surprised how easy it was to breath through and left the mask up the whole run. Cause yeah, it was REALLY cold!
It worked so well, I did a bit extra running that morning.
I've also worn it on much longer runs where again, I started out super cold and it warmed up a bit before finishing and the Neckwarmer is comfy when folded down as well. Overall, I am highly pleased with the DryFlx®+ collection and am happy to have these items as a part of my winter wardrobe.

You can pick up your own DryFlx®+ gear, or anything else from the Buff website here: https://www.buffusa.com/ Sign up for emails and receive a code for 15% off of your order.
You can follow Buff on Twitter here: Buff_USA
and on Instagram here: Buff_USA

And if you haven't followed me yet on either of those, you can find me here on
Twitter: RunNerdGirl
and here on Instagram: runnerdgirl
Posted by Lissa at 6:26 PM