Disclaimer: I received three sets of BibBoards to review as part of being a BibRave Pro. Learn more about becoming a BibRave Pro (ambassador), and check out BibRave.com to review, find, and write race reviews!


Is there a shirt that you regularly race in? Maybe it is lucky or maybe it is a team shirt. Either way, if you do have a favorite race shirt, you can bet your buns that if something happened to it, you'd be hurting. I mean gear, especially tech gear isn't cheap, right?

With that said, I always cringe a little when I have had to purposely poke holes in my shirts to attach my race bib. Eventually, even with being careful, I would end up with little holes in the front of my shirt. My poor Fleet Feet Fort Mill Race Club shirt didn't stand a chance after so many races.

I decided to try out a bib belt to see how that worked for me, but I found it slid around a lot while I was running. Plus I usually race with a belt so having two things around my waist was kind of a pain. So what's a girl to do?

Well, when the opportunity to test BibBoards arose, I jumped on it. 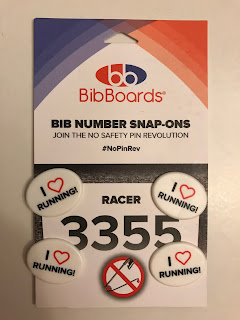 What are BibBoards? According to their website, "BibBoards have a flat surface on the exposed side for company logos or other content. A second piece works by pushing part of a racer’s shirt into a recess, providing a secure fit. When the race is over, they pop off. BibBoards can be reused, and their special shape holds down a bib MORE secure than dangerous safety pins, without the fuss or holes." So basically, they are cute little clips that work to secure you bib to your shirt without creating holes. Yes please!

There are tons of choices on design including running mantas, emoji, race and race distances, or, if you are feeling creative, you can design your own custom ones. This is a great features for companies or races that may want to do some fun branding. I choose the "I ❤ Running" ones because sometimes I need to be reminded.

I received my BibBoards about 3 weeks before the next race that I was having, but I was anxious to use them. First, I tried clipping them on and off a few of my shirts to see how they would fair. They were easy to clip, but clipped super secure. When I removed them, no damage was left behind. So far so good.

Next, I took them for a spin around my neighborhood as they say that you should never use anything on race day that you haven't testing in training first. So I bib-ed up my planned race day attire and ran a couple miles despite a few crazy looks from the neighbors (seriously, they should be used to that crazy running girl by now) and everything again appeared awesome. Bib was totally secure, no rub from the backs of the boards and my shirt had no damage after 3 miles of running. Again, so far so good.

But how would they perform in a race?

To answer that, let me set the scene. Atlanta, GA. 7 am. Race Day. 15K. POURING RAIN. 34 degrees. 20 mph wind gusts. My BibBoards were going to get a serious testing. These were not optimal race conditions to say the least. But here we were, me and my BibBoards waiting in the dark, cold rain ready to go. If I ever needed a reminder that I loved running this was it. Once my wave was released to run, I booked it as fast as my rain-soaked body would allow me without a single thought about my bib for the next hour and a half. And that is how it should be during a race. No worries about it slipping or moving, or tearing your shirt or adjusting. I trusted my BibBoards to do their job and they did.

By the end of the race, despite all they had been through, my BibBoards were still holding strong, which is a bit more than I could say for myself. They served me well. And when I returned to the hotel, changed out of my soaked gear and removed my bib, my shirt was still as good as new. We have a winner!

I have another 15K this coming weekend and my BibBoards will be joining me again. Let's just hope that we have a bit better conditions this time.

And if not, I always have this reminder... 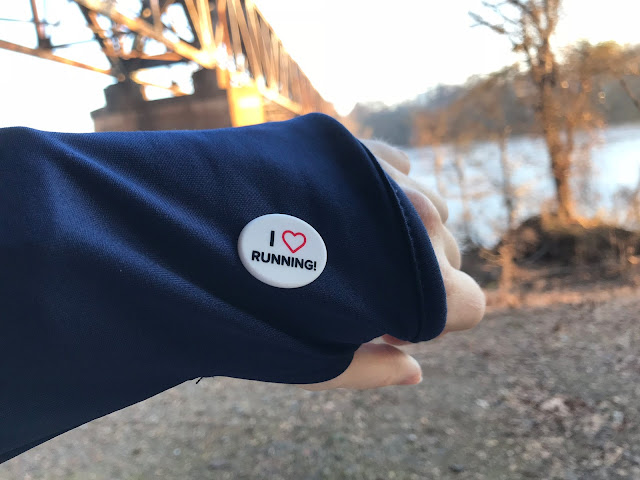 Want to try out BibBoards for yourself? Use code #BibChat to save 20% off your BibBoards purchase at https://www.bibboards.com/products/ and #SaveTheShirt